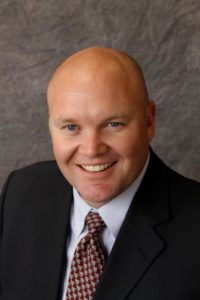 During her tenure as President/CEO, Ascent Credit Union has grown from $53 million in assets to its current $143 million asset size. Ms. van der Have was instrumental in the credit union’s conversion to a state of the art operating system that still serves members’ needs today. She also recognized the need for early adoption of mobile and online technologies to serve as financial channels for members.

The Ogden native is an alumnus of Weber State University, and received her Bachelors and MBA in finance and marketing from Westminster College of Salt Lake City. During her career, she also served the credit union industry at three other credit unions in a variety of roles. Vickie served on a number of boards over the years, including the Credit Union Executives Society, the Northern Utah Chapter of the American Red Cross, and the Ogden School Foundation.

“Vickie has been a tremendous leader for our credit union and has had a powerful influence on the financial services industry in our area. We are grateful for all she has done for the credit union and our community,” said Chuck Ulrich, Chairman of the Board at Ascent Credit Union.

The Board gives a heartfelt thanks to Vickie for her 17 years as the credit union’s CEO and wishes her the very best in retirement. An Open House for members and the community honoring Vickie will be held later this summer.